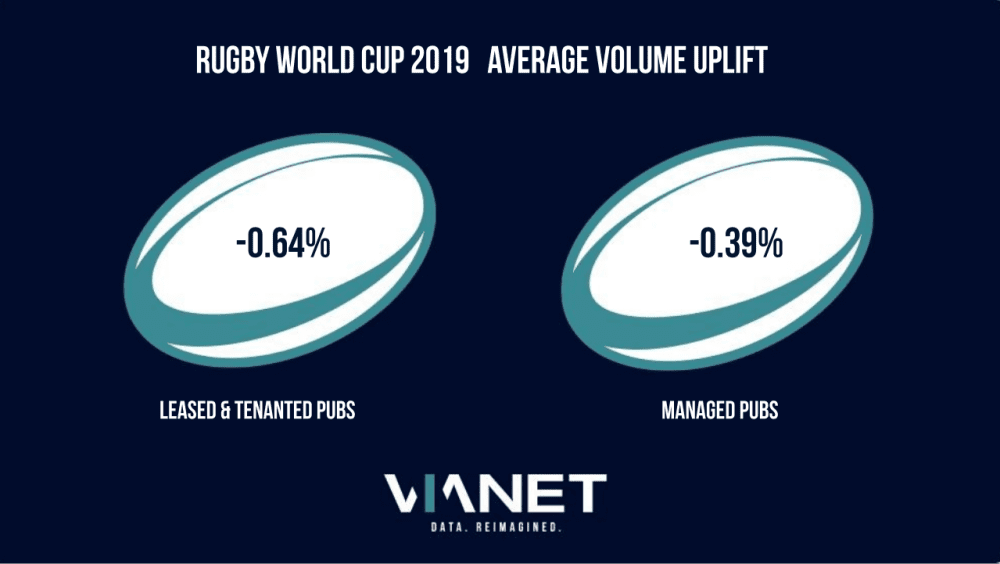 2019’s Rugby World Cup tournament saw an average downturn in volume of -0.64% in Leased & Tenanted pubs and -0.39% in Managed houses compared to the average weekend pints poured. The lack of uplift overall was undoubtedly due to the timings of the matches which saw the majority of England games played early morning at 9am or earlier.

Looking at pubs that opened early for the games the uplift was slightly more favourable with an average uplift of 6.53% in Leased & Tenanted and 3.12% in Managed houses.  Keeping with the sites that opened early, biggest volume increase came when England played South Africa in the Final with Leased & Tenanted pubs demonstrating an uplift of 31.85% and Managed houses of 21.78%.

Overall the Rugby World Cup didn’t have a significant impact in pub trade, however, an uplift was evident from the Quarter Final stage with the Final being the biggest impact game.

International Day of Charity: Giving Something Back to My Sisters Place

Throughout each year, Vianet gives something back in a way that has the potential to have a positive impact in the wider community. For our Giving Something Back campaign this year we have been raising funds for My Sisters Place Middlesbrough, our chosen charity, delivering fundraising and support to their cause. Who are My Sisters […]